By registering to our service, you’ve taken the first step towards becoming a permanent resident of Canada!

As experts in this field, we took the time to create the ultimate guide to getting your PR. Here are a few highlights!

What we will be sending out in the following weeks is thoughtful, useful and carefully selected content such as:

A brand-new chapter of your life is about to begin and we are excited to be a part of it.

Canada and the Trudeau government’s vision for immigration

It’s no surprise COVID-19 has fundamentally changed the world in many ways, for better and worse. In Canada, COVID-19 showed the government and the public just how important immigrants are to the country’s social and economic well-being.

For example, in Quebec, as the number of deaths in senior nursing homes (CHSLD – centre d’hébergement et de soins de longue durée) soared in the early days, it was the asylum seekers and immigrants who risked their lives by braving the virus and caring for the elderly.

In order to make up for this loss and ensure there are no significant gaps in the labor market, an increased number of immigrants will be welcomed into the country over the next couple of years, divided as follows:

With two more months still to go, it’s too soon to know for certain whether Canada will meet its immigration target for 2021. However, if the large and frequent draws carried out by the federal and provincial government are any indication, Canada is likely very close to its.

If somehow the target is not reached due to the pandemic slowing things down, it is almost certain Trudeau’s government will have a bigger target for 2022 and hit the ground running in the new year.

Other Highlights from 2021-2023 Immigration Levels Plan:

There is a saying that immigrants are the backbone of the economy and the pandemic was proof of that. According to a Statics Canada survey, in 2016, one third of the people employed as nurses, patient service associates and orderlies, were immigrants.

The Lancet study predicts that Canada will hit its peak population by 2078 and fall slightly by the turn of the century. In order to offset this anticipated decline and ensure the country’s economy stays strong and vibrant for the rest of the century, Canada is pursuing a very aggressive immigration plan.

Should Canada reach its target goals and continue to increase the number of newcomers it welcomes into the country? Canada will have the world’s highest net migration rate. Meaning, over the next decade, Canada could have the world’s 10th largest economy and add an estimated 5 million workers to the labour market!

The time to immigrate to Canada is now!

If you’re thinking of immigrating to Canada, know that the time for thinking is over. Now is the time to act! Canada is planning to accept a massive number of immigrants this year, but imminent elections could mean the program might soon suffer significant changes.

Trudeau remaining Prime Minister for the next four years. What does this mean? Immigration has been and continues to be a top priority for the Trudeau administration as the Prime Minister recognizes the important role immigrants play in the country’s economy and society. His government wants to welcome newcomers to fill the ever-increasing labor shortages in in-demand jobs, and you can be one of them..

Since Trudeau will continue leading the country, there is no doubt that immigration will continue to be prioritized, and Immigration, Refugees and Citizenship Canada (IRCC) will do everything they can to ensure immigration targets for this year and the following two years are being met.

Enough Covid Vaccines for Everyone

Every country in the world is in a race to secure enough Covid vaccines. Canada has already won this race.

The Canadian government closed deals with several manufacturers, ensuring that it will receive enough vaccine doses for its entire population. In fact, in the next few months, Canada will have enough doses to vaccinate its entire population four times over. The country is already starting to see its vaccination program’s benefits, with daily cases dropping by 50% in January.

Canada Is Accepting the Highest Number of Immigrants in History

Prime minister Justin Trudeau announced in January that his country will welcome a record number of immigrants in 2021, and this number will increase in the next two years, in case his party will still be governing.

Canada will be accepting 401.000 immigrants in 2021. This means that you will have a higher than ever chance to be accepted. Don’t let this opportunity go to waste and apply now!

Several studies have placed the Canadian healthcare system amongst the top 10% in the world, or top 20 countries.

All Canadian residents, including immigrants, have free access to one of the world’s best public health care systems.

This means, if you move to Canada right now you will have access to some of the best specialists in the world, using the best medical equipment available, without having to pay a single dollar. The Canadian government funds the medical system with the taxes collected from companies and employees.

The Canadian Economy Is Booming – More Jobs for Immigrants

The North American country currently has a deficit in its workforce, and experts claim that 800.000 jobs will be filled this year, many by immigrants.

This massive workforce deficit means that, as an immigrant, you should easily find a job. After all, you are admitted to the country for just this reason. Not only that but your salary will likely be higher than usual.

Given the massive deficit, employers are fighting amongst each other for workers and are ready to outbid their competitors to fill the vacant positions as soon as possible.

If you’re looking for a country with lots of opportunities, where you can turn your dreams into reality, Canada is the right place for you. Experts claim that Canada’s economy will be booming in 2021.

Canada now is the new land of opportunity! This doesn’t mean just lots of employment opportunities, but the chance to become a successful entrepreneur yourself. Not many countries offer this opportunity right now, given the impact the Covid pandemic has had on many economies worldwide.

For 2021, Canada has one goal in mind: issue as many invitations as possible to reach the desired 401,000 newcomers by the end of the year. Because of the pandemic, Canada did not meet its immigration targets for 2020, so there is a greater urgency this year to fill that gap.

If you’re thinking of coming to Canada, this is your year! Want to give yourself and your family a better life? We strongly urge you to look into some of the more popular immigration programs and throw your hat in the ring immediately.

If we look at the immigration trends of the last six months, it is clear the quickest and most efficient way of coming into Canada right now is through Express Entry managed programs and Provincial Nominee Programs.

What you don’t know, and what we’re revealing to you today is that there are dozens of alternative programs that can get you into Canada even faster than Express Entry or PNP!

Wouldn’t it be amazing if you could come to Canada within a few short months and find a job immediately in a field suited to your specific skills? How great would it be to apply in a stream where the competition is almost zero? Sounds too good to be true? It’s not!

You should keep in mind that the largest draws are held in bigger cities like Toronto or Vancouver. It is a popular choice among immigrants to settle in these cities, where there is a shortage of skilled immigrants.

At CICWeekly, we believe in always being transparent and sharing all the information we have from the get go. With the help of some RCIC agents we want to share some hot tips about the huge range of opportunities that are available for the picking, if you know where to go!

Read on to find out what these tips are and fast track your immigration process.

**intersected in one of the following programs? fill our the form at the bottom of the page to receive a FREE consultation with an RCIC!

The method used by over 400K people who immigrated to Canada

From eligibility assessment and job placement assistance to preparing and executing a complete strategy to make your Canadian dreams come true, MapleStories is an experience-driven, solution-based RCIC that is truly committed to leading its clients’ down the simplest and most pain-free path to obtaining a visa and starting a brand new life in Canada.

MapleStories is composed of a mix of psychologists, mentors, and immigration experts who understand the needs of new immigrants from personal experience. Providing professional advice, legal consultation, eligibility screenings, guidance, and 24/7 support through the entire process. They are experts at assigning the right consultant to each applicant to ensure that they have the best start towards immigration success.

Check your visa eligibility with a Regulated Canadian Immigration Consultant (RCIC). Choosing the right visa can make all the difference in your family’s immigration process.

Start your job search early with our exclusive job boards, resources, and tools. Finding a job before arriving in Canada can greatly increase your chance of being selected for a visa.

Connect with graduates of the Maple Stories program who can support you in your transition to Canadian life. Finding a supportive community helps newcomers achieve a sense of belonging in Canada.

Since its conception just three years ago, Maple consultants have helped over 35,000 people prepare for a future as Canadian residents. With over 80 years of accumulated experience in immigration and naturalization, they created their three-step method to ease the immigration process for soon-to-be Canadians so they can achieve success, stability, and feel at home faster.

Before MapleStories’  revolutionary Maple Method, would-be Canadian immigrants had to face the insurmountable task of checking off every box required in the immigration process on their own.

MapleStories takes the hard work out of your hands by helping you choose the right visa program for you, then guiding you through the preparation and submission of all necessary documents. Once the application is successful, they will assist you in taking the next steps to begin your life in Canada. 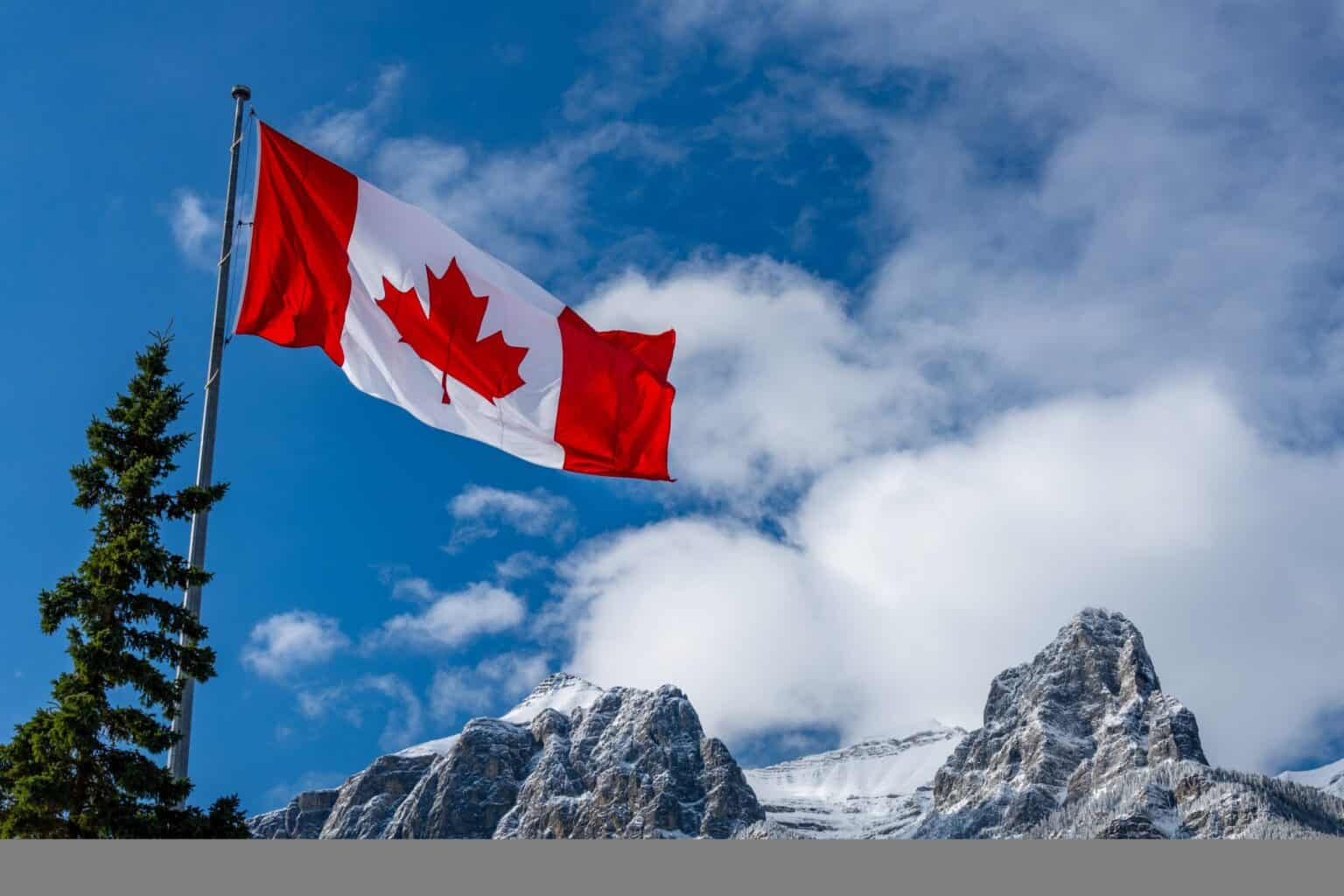 Your email account has been approved. Introduction email will be sent to your inbox within the next hour.

Who is the Eligibility Calculator for?

Our Eligibility Calculator is for anyone who wants to immigrate to Canada through the Express Entry Program, but may be overwhelmed by complicated government websites and immigration jargon.

We offer a more accessible, faster version of the official CRS questionnaire to provide an estimate of your score and connect you with an approved immigration consultant who can help you target areas for improvement.

Our goal is to bring you another step closer to your future in Canada, and provide you with the support you need to get there.

Our Eligibility Calculator uses an algorithm based on 2 variables:

After Calculating Your Eligibility Score

Calculating your Eligibility Score is only the first step toward Canadian immigration. With a minimum of 67 points, you’ll be able to submit your profile to the Express Entry program.

With the estimated score from our tool, you will have a clearer idea of whether or not you qualify as a candidate, and will have the opportunity to connect with one of our immigration partners. We strongly recommend hiring an approved Regulated Canadian Immigration Consultant (RCIC) to calculate your CRS score and assist you with your Express Entry application.